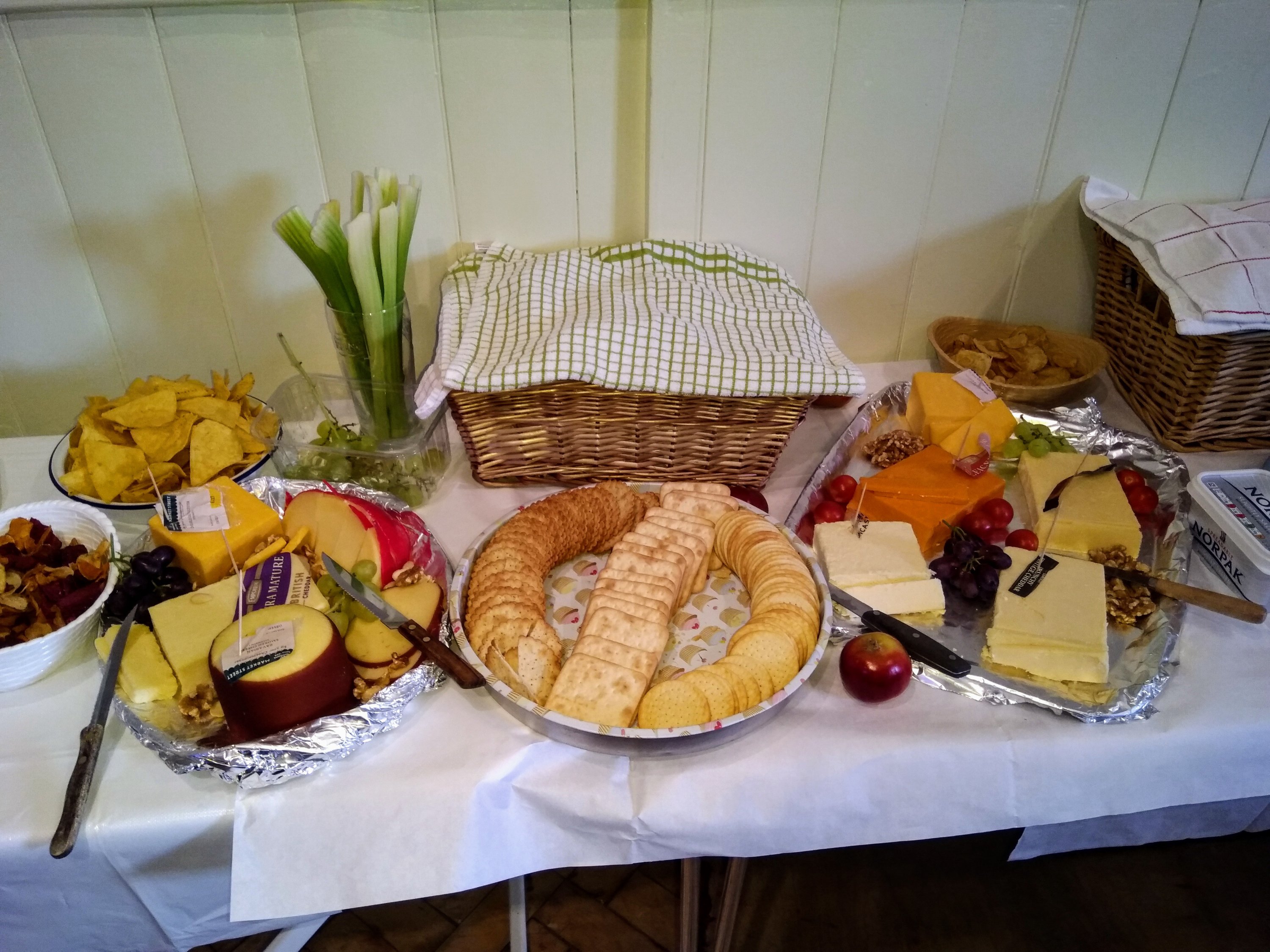 The August Bank Holiday weekend saw the return of Shropshire DA’s Cheese and Cider meet at Tadpole Fields, in the beautiful village of Eardisland.

A fantastic turnout saw 46 units in attendance, from various DAs across the country including Somerset, Loddon, Waterside, Derbyshire and North East Lancashire, and 17 from Shropshire.

By Thursday evening the field was filling up nicely, and Friday started off dry with some on site setting off on an 11½ mile walk and others using 2 wheels and cycling around the local area. Unfortunately the day was plagued by some very heavy showers which meant that socialising was a little difficult! In the evening a number of campers made their way to the nearby village hall for a chat, a game of bingo, a quiz won by Roy and his team, a disco and even some karaoke.

Saturday dawned fine and sunny and again a number of people went out for a walks or cycle rides. Those who remained on site were able to mingle outside, and listen to the buzz of the light aircraft flying overhead. In the late afternoon our social team Jon and Natasha organised a rather challenging treasure hunt for the Children and their adult helpers, which was enjoyed by all.

And so it was on to the main event of the weekend, the Cheese and Cider evening in the Village Hall. Most of those on site attended and were treated to different types of cider and a fantastic array of food provided by Catering Officer Laura and her helpers, which was appreciated by everyone. Again the social team did a great job of keeping us all entertained with Bingo, Play Your Cards Right (only 2 Children, Gethin and Oliver were able to win this!), and finishing off with a disco. A great evening was had by all.

The weather on Sunday was very suitable for the duck race being held in the village, forcing most to stay in their units for most of the day, however the rain did clear in the afternoon allowing some to venture out to see the race itself and what this lovely village had to offer.

Monday was a day for relaxing, with some having to pack up and return home, or move on to pastures new, those who remained on site until the meet closed on the Tuesday were able to go on to our follow on meet at Ashford Bowdler or make their way to their next adventure.

A wonderful weekend which was made possible by the hard work of the Committee, many thanks to Laura, Tracy, Linda, Eirwin and June for the excellent catering, to Jon and Natasha for keeping us entertained in the evenings, to Becky and Amy for serving the Cider and lastly, without these guys there would be no meet, a special thanks to Vince and Richard for their hard work Stewarding and siting the units, and to Laura and Linda for their support with the administration.

Part of The Camping and Caravanning Club

Site opens at 1.00pm on Friday 21st. PLEASE DO NOT ARRIVE BEFORE THIS TIME

Booking not required, no EHU, own sanitation

Booking not necessary, no EHU, own sanitation
**Please note that there is strictly NO ARRIVAL before 1pm at meets unless otherwise stated**

For more information on any of our meets, please select the Site List page or contact the Site Secretary:

Could we respectfully ask that you do not call after 8pm.