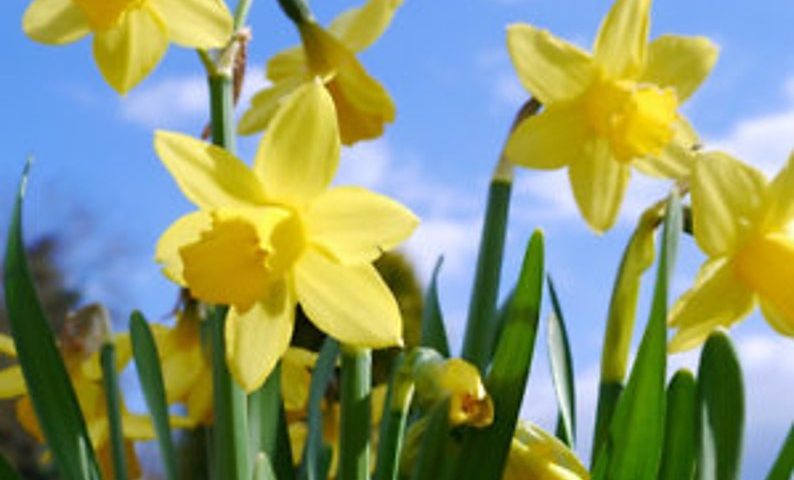 FRIDAY, meet was officially opened at 1pm as planned by Vince & Linda Beddoes. By 5pm, all SIX units had been sited. At 7pm, all campers convened into Village Hall, for a relaxed social event & start the weekend, after all it was Friday day, Fridaaaay!!!! Campers chatted about all subjects; ‘twas nice to kick off the 2022 season with some fresh new faces.

SATURDAY, the morning was upon us and sun shined with light but cold breeze. Campers went about there daily jobs whilst some ventured to the Stiperstones that Stretton offers, some went out for a mooch into Ludlow, visiting Aldi, Tesco & the Ludlow Brewery Co whilst some remained on site and set-up the room in readiness for the AGM at 3pm.

At 3pm, Chairman Andrew Booth opened the AGM meeting with 24 members in attendance of which 22 members were from Shropshire DA, starting off with a minute silence for the members whom had sadly passed and also the people of the country Ukraine.

Having completed the agenda, it was great to receive questions from the floor.

At this point, on behalf of the committee, we would like to reach out once more, to offer a heart filled thanks, for the members taking an effort, out of their weekend to support OUR AGM; without members support, we simply can not function.

At 4pm, the newly appointed Treasurer Natasha Witcombe opened the 390th Committee mtg and the 2022 Committee was formed. Whilst we send out our thanks to Amy & Arwel Jones and Neville & Lynda Woods for their efforts over the previous year. Conversely, the DA has received two new Volunteers; Sue Perry – Executive Committee member and David Challenor – Catering Officer. Welcome to the team.

By 5pm, it was time to open up the American Supper and make a start on the evening.

Again, campers chatted whilst tucking in to their grub. To be brutally honest, campers were very generous, supplying a variety of foods which was mutually enjoyed. Thank you.

By 10pm, the evening was flowing well. Lottie, Amber, George, Albie, Oliver & Alfie, performed lovely dance routines and even performed Karaoke which was nice for the adults.

As per most successful entertaining evenings, it was finished off with a group “Proud Mary” dance routine, which prepared all for a good night’s sleep. Shortly before 11pm, the room was tidied and campers returned to their units.

SUNDAY, by 9am most campers were up and readying their units for their return journey home. The sun continued to shine however the breeze continued to be brisk. At 10:30am we met up with Merl, settling our account and planning 2023 meets. Campers enjoyed Tea, Coffee and left over cheese cake. It was lovely to reminisce over the previous nights conversations and discussions and by 2pm, the majority of campers had departed on their outward bound journeys home.

If you have taken the time to read this meet report and you are a Shropshire DA member, please accept our heart filled thanks for supporting your committee. If you are a member of another DA, please continue to support your committee. Without you ALL, there would be no DA camping. Thank you.

Sincere thanks from the Committee to Vince & Linda for Stewarding, yet again another Shropshire DA meet. Thank you.

If you have any questions please contact, sitesecretary.shropshireda@gmail.com or 07396 639805.

For more information on any of our meets, please select the Site List page or contact the Site Secretary: sitesecretary.shropshireda@gmail.com

For more information on any of our meets and a pdf version of the sites list, please visit the Sites List page or contact the Site Secretary: sitesecretary.shropshireda@gmail.com

Part of The Camping and Caravanning Club